Chairman Chad Connelly invites you to our “Post-Primary Unity Breakfast” on Wednesday, June 27. It will take place at 300 Senate Street in Columbia from 10:00am – 11:30am.

While this primary season has been, at times, trying, we cannot not lose sight of our common goals.

A Republican must win the new 7th Congressional District seat on November 6. And not only will we remain a solid red state, we will send South Carolina Republicans to swing states to help defeat Barack Obama.

Are you ready to make a difference? Specifically, are you ready to help send Barack Obama back to Chicago this November? Then CLICK HERE to take the Palmetto Patriots pledge right now!

As you know, this Presidential election is critically important. Will you be one of the 1,000 Palmetto Patriots who will make phone calls to voters, go to key locations and knock on doors, put up yard signs, and help make sure Barack Obama does NOT carry the critical swing states on Election Day? 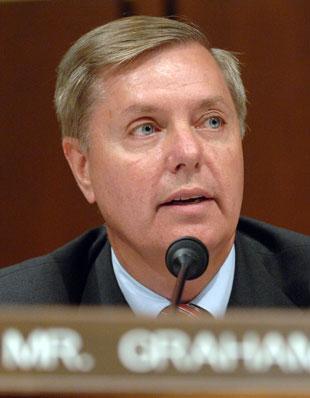 SEN.  JIM DEMINT WARNS OF HIGH COURT ‘SLAP IN THE FACE’ TO OBAMA

Commenting on the upcoming Supreme Court ruling on the Constitutionality of ObamaCare, Senator Jim DeMint said, “If the court throws it out, I think it’s a well-deserved slap in the face to the president and the Congress to make us think that what we’re here for is to honor our oath of office, which is the pledge to defend the Constitution, which limits what we can do.”

Representative Trey Gowdy has been a key leader in the fight for truth and justice following the “Fast and Furious” scandal. 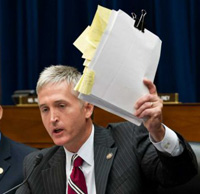