Earlier this week, the South Carolina Democratic Party conceded our state to Mitt Romney, urging their supporters to help Barack Obama in North Carolina rather than fighting a losing battle here at home. 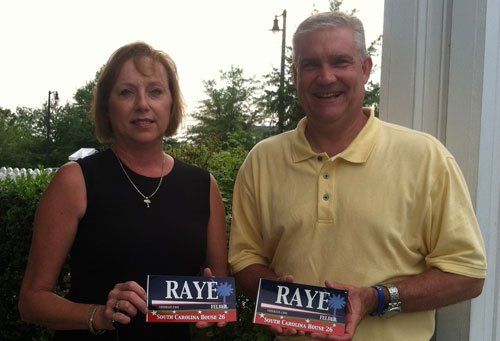 As you may know, many candidates were recently booted from the ballots due to a technicality in the law. In some areas, Republicans are now using petitions to get on the general election ballot.

Each candidate must garner signatures from at least 5% of active voters in their district and the signatures are due at NOON on Monday.

Now is your chance to help them! Keep an eye out on Facebook, in your local newspaper, or on TV for candidates who are working in your area.

Congratulations to Republican Raye Felder (right, with Chairman Chad Connelly), who yesterday became the first State House candidate to qualify by petition for the general election. 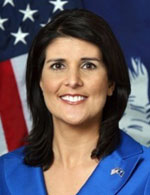 A recent article highlights the great success of Governor Nikki Haley and other newly-elected Republican governors in growing jobs in their states.

Specifically, the author notes that “the job market in states with new Republican governors is improving a full 50% faster than the job market nationally.” 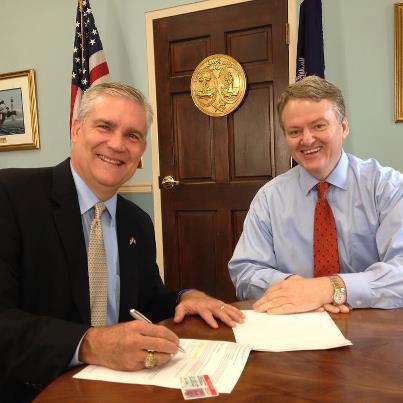 State Treasurer Curtis Loftis has returned millions of dollars to taxpayers through the “Palmetto Payback” program. Money is transferred to the program annually by companies who cannot locate its owner. Examples of the type of property covered by the program include bank accounts, stock certificates, checks, insurance policies and utility deposits.

If you think you have unclaimed property, please click here!

Reforms championed by South Carolina Republicans will cut $2 billion from South Carolina’s $15 billion retirement shortfall and eliminate it completely by 2044, according to a recently released analysis.