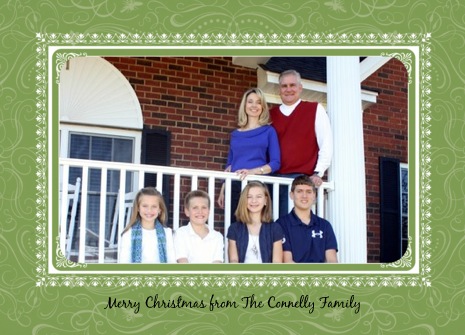 Merry Christmas! Thank you for your leadership and service in our South Carolina Republican Party.

As we gather with friends and family to celebrate the birth of our Lord and Savior, let us pause to reflect on the many blessings that God has bestowed upon our nation and state.

In December 1776, our young nation, born of the Biblical principles of freedom and opportunity, was quickly deteriorating. The Continental Army was in shambles, filled with sick, unpaid, and hungry soldiers encountering one of the coldest winters ever recorded. General George Washington, encamped with his army in Pennsylvania, did not know whether he would even have an army by the New Year.

Yet on Christmas night in 1776, General Washington led his army across the frozen Delaware River by boat with a plan to attack German mercenaries in Trenton, New Jersey. The trip to Trenton was horrendous, with raging winds, snow, sleet and rain pouring down on the soldiers, a significant number of whom marched wearing no shoes. On the way, Washington received a report that their muskets might not fire because of the weather. Washington told his troops to “use the bayonet.”

The next day, just as the sun was breaking over the hillside, Washington’s rag-tag army attacked. The German mercenaries suffered catastrophic casualties, including the loss of their commander. After the cloud of battle settled, Washington’s army had won! The Americans, energized by their success, continued forward in the weeks ahead, winning battles at Princeton and Morristown – marking the British retreat from New Jersey and scramble to control New York.

We now know these battles were an important momentum shift in our country’s battle for independence. The victories renewed the hunger for independence and convinced the world that the mighty British Empire could be defeated.

This Christmas, I hope you will not only celebrate the gift of Jesus Christ, sacrificed by God to save us all, but also celebrate the divine gifts that were fought so hard for 235 years ago – the gifts of freedom and liberty.

Dana, C.J. (14), Leigha (12), Bennett (11), Summer (9) and I sincerely wish you a Merry Christmas and a Happy New Year. May the gift of Jesus Christ touch each of you this Christmas, and may He continue to bless our great country and state.