A Message from Gov. Mitt Romney: America Can Do Better

August 3, 2012 – Today’s increase in the unemployment rate is a hammer blow to struggling middle-class families.

Yesterday I launched my Plan for a Stronger Middle Class that will bring more jobs and more take home pay.

My plan will turn things around and bring the economy roaring back, with twelve million new jobs created by the end of my first term. President Obama doesn’t have a plan and believes that the private sector is ‘doing fine.’

Obviously, that is not the case. We’ve now gone 42 consecutive months with the unemployment rate above eight percent.

Sign the petition if you agree middle class Americans deserve better and believe America can do better.

TODAY, York County Republican Party Chairman and S.C. National Committeeman Glenn McCall is leading a group of Palmetto Patriots to the battleground state of North Carolina to participate in Victory North Carolina’s Super Saturday! Volunteers will be making phone calls and going door-to-door to help Mitt Romney and the Republican team!
We need your help too! Take the Palmetto Patriots Pledge today and become one of the 1,000 Palmetto Patriots who will work to make sure Barack Obama does NOT win on Election Day!

Who will be the VP? Be the first to know! 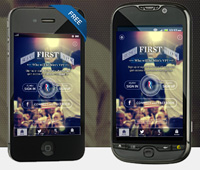 There’s no telling when Mitt Romney will choose his Vice President. But when he does, be the first to find out with Mitt’s VP app. 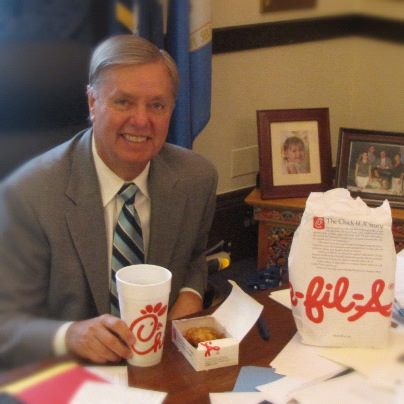 From Patch.com: In any event, the Chick-fil-A fuss reached a crescendo today when millions of people who agreed with (Dan) Cathy, flocked to the nearest location.

South Carolina was no different from the rest of the country – and leading Republicans took part in the support.

For the record, Graham, noted on his Facebook page, “My usual order is the #1 combo with slaw and a Coke Zero. Can’t beat it.”

Can we count on your financial investment? Your donation, no matter how great or small, will ensure that South Carolina remains a strong red state and that we elect Mitt Romney on November 6, 2012.