Columbia, SC – Some of South Carolina’s top Democrats are ignoring alarming news reports and hosting a fundraising event tomorrow for Mike Fanning, a Democrat State Senate candidate currently under investigation by the South Carolina Law Enforcement Division (SLED) for having an inappropriate relationship with a 16 year old child.

The Democrat fundraiser is scheduled to take place Wednesday, October 19th in downtown Columbia.  According to the invitation, (a copy is attached to this release) some of the South Carolina’s top Democrats including State Senators Vincent Sheheen and Gerald Malloy and Representatives James Smith, Todd Rutherford and Gilda Cobb-Hunter are all listed as hosts.

“All of these Democrat leaders should immediately disassociate themselves from Mike Fanning and go on the record opposing his candidacy for the South Carolina Senate,” said Matt Moore, South Carolina Republican Party Chairman.

According to multiple news reports, including one by The State newspaper, Democrat State Senate candidate Mike Fanning is now under SLED investigation for allegations that he had an inappropriate relationship with a 16-year-old child when he was her teacher at Estill High School.

Other documents obtained by a local newspaper allege that in a separate incident, Fanning inappropriately touched two female students in 1998 at his home, which resulted in his suspension from a Columbia area high school.

Chairman Moore added, “These are serious allegations that have been raised against Mike Fanning. Parents are alarmed that he remains on the ballot and could actually serve in our State Senate.  It is time for Democrat leaders to repudiate Mike Fanning and his dangerous campaign.” 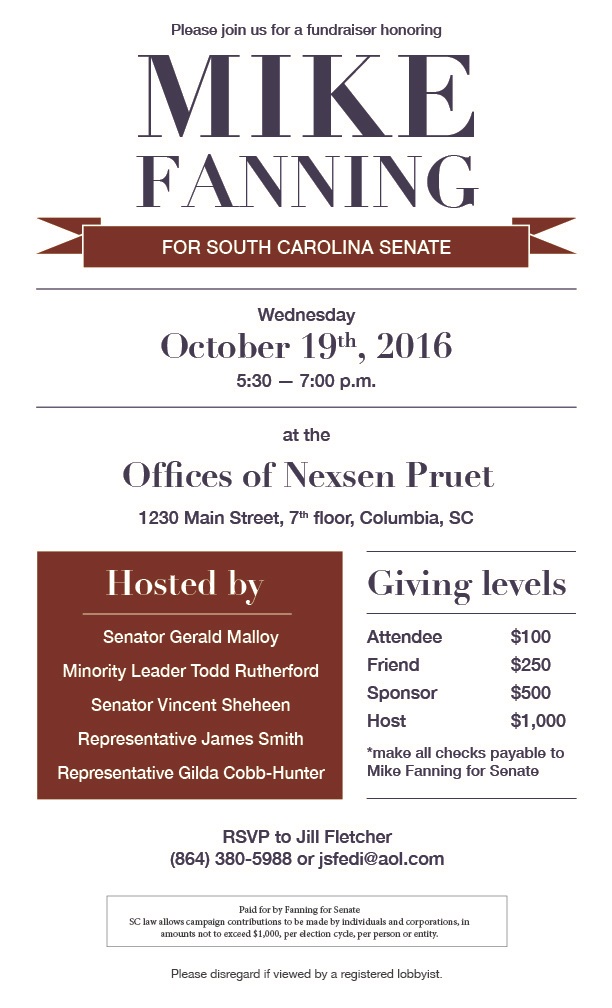