No one could have ever expected the drastic change, lack of hope, and constant challenges to the Constitution we have seen over the past three and a half years. Here in South Carolina we have seen the consequences of the 2008 election firsthand.

Last Thursday, four Supreme Court Justices found Obamacare to be invalid in its entirety. Now, you have the ability to be the decisive fifth vote and invalidate this law at the ballot box.

President Obama and those in Congress put lipstick on a pig when they passed this law. The Supreme Court took the lipstick off and called it what it was all along – a massive tax increase.

I hope you’ll take a moment to watch the video below regarding why it is so important that we repeal Obamacare and its massive tax increase at the ballot box in November: 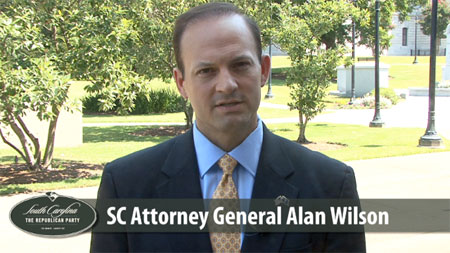 Elections have consequences. In 2012, we have a choice. We can either remain citizens under the Constitution of the United States or we can become subjects of a central united state.

It is hard to believe President Obama’s decisions have been tempered by the fact that he wants a second term. Now, imagine what an unchecked and unaccountable President Obama will be like after 2012.

We must stand united and work together to ensure that we have a new administration that is not only accountable to the American people but also to the Constitution.

I thank you for your friendship and your continued support of our efforts to protect and defend the Constitution.

P.S. – Please have a blessed Fourth of July and take a moment to reflect on what our founding fathers put into writing and fought for two hundred thirty six years ago.