If you haven’t already, will you take a moment to make an investment in the South Carolina Republican Party? (Click to contribute)

Every $10, $25, or even $50 will help us defend against Barack Obama’s Chicago attack machine.

This past Wednesday, Republican candidates, activists, party leaders and elected officials gathered in Columbia to put away the differences built up during the primary season and set their focus squarely on Tuesday, November 6. 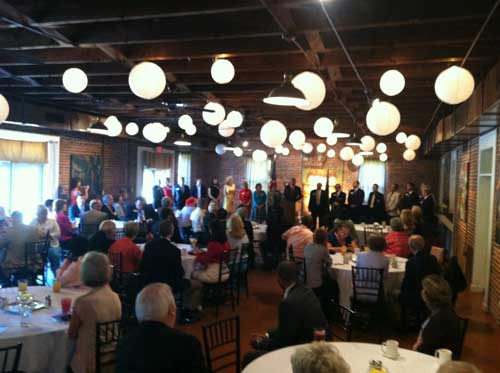 Chairman Chad Connelly told guests that Republicans will do everything necessary in the new 7th Congressional District to defeat the Democrat’s radical, left-wing candidate Gloria Tinubu.

Are you ready to make a difference? Specifically, are you ready to help send Barack Obama back to Chicago this November? Then CLICK HERE to take the Palmetto Patriots pledge right now!

As you know, this Presidential election is critically important. Will you be one of the 1,000 Palmetto Patriots who will make phone calls to voters, go to key locations and knock on doors, put up yard signs, and help make sure Barack Obama does NOT carry the critical swing states on Election Day?

Over one thousand state delegates and alternates attended the 2012 State Convention on May 19 at the Carolina Coliseum in Columbia. The morning was highlighted by speeches from Chairman Chad Connelly, Senator Lindsey Graham, Governor Nikki Haley, and Lt. Governor Glenn McConnell. 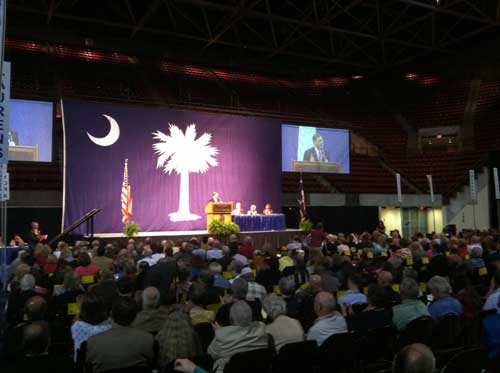 In the business portion of the convention, delegates re-elected Cindy Costa and Glenn McCall as South Carolina’s Republican National Committeewoman and Committeeman, respectively. Both Cindy and Glenn received unanimous support from the convention. Cindy has served on the RNC since 1996 and ranks in the top 20 (of 168) in committee seniority while Glenn has served on the RNC since 2008.

We are extremely grateful for their dedicated service to our party and honored to have them continue their work on the Republican National Committee.

State Convention attendees also elected Delegates and Alternates at-large to the Republican National Convention, which will be held August 27-30 in Tampa, Florida.

To see the National Delegates elected at the State Convention and the District Conventions, please CLICK HERE.

Following the State Convention, South Carolina Republicans gathered for the 45th Annual Silver Elephant Celebration at the S.C. State Fairgrounds. With a theme of “One Vision, Many Voices”, almost two thousand guests enjoyed classic southern cuisine, music from The Catalinas, and the chance to fellowship with other Republicans from around the state. 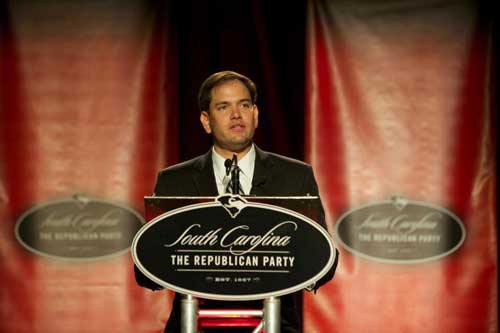 THANK YOU to all of those who made the event a success.

Or, for some great photos, click HERE or HERE.